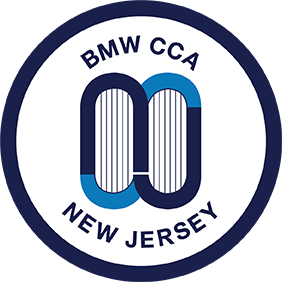 Hello, Bimmerphiles! Pursuant to a number of recent inquiries, this time out I am going to talk about brake fluid flushing and brake bleeding. What, you say, they are the same thing? Ahhh, read on…..

The hydraulic brakes found on any modern passenger car depend upon a principle of hydrostatics that pretty much states that the pressure in a hydraulic system under static [non-flowing] conditions is the same throughout the system [given no elevation changes]. So when you step on your brake pedal and pressurize the brake fluid in the brake master cylinder to, say, 1000 psi [pounds per square inch], this same 1000 psi pressure is applied equally to each of the brake calipers via small pipes that connect the master cylinder to the calipers via the ABS module, thereby applying the 4 brakes. This might sound pretty simple, but the adoption of hydraulic brakes in the 1920s was one of the most significant advances in the development of motor vehicles. Some manufacturers, like Ford, resisted the adoption of hydraulic brakes, continuing to rely on mechanical brakes with their system of levers and linkages under the car.

An important factor in the performance of hydraulic brakes is the incompressibility of the brake fluid between the master cylinder and calipers. Most liquids are virtually incompressible, at least at room temperature, while gasses, such as air or steam, are quite compressible. Hence if you have any gas bubbles in your brake system, the result will be a “spongy”, or soft, low brake pedal. Or in an extreme case, a brake pedal that goes to the floor. Depending upon where in the system the gas is, it can also cause the vehicle to veer right or left while the brakes are being applied.\

How does air get into a brake system? While in rare cases, air can sneak in through a bad master-cylinder or caliperpiston seal, air mostly enters systems when a component is disconnected for repair or replacement. Regardless of how air has entered a system, the procedure known as “bleeding the brakes” is intended to remove said air.

As a side note, brake calipers are in many cases physically interchangeable side-to-side. However, if a caliper is installed on the wrong side, usually the bleeder screw is in the wrong location. This makes bleeding the brakes either extremely difficult or impossible. I have read reports that professional technicians have made this mistake.

How does this moisture get into the brake fluid? Mainly through the vent in the master-cylinder-reservoir cap. [Some cars have a “rubber” diaphragm under the cap to minimize contact of the brake fluid with air.] Some say that a lesser amount gains entry through the brake hoses via osmosis. Regardless of its point of entry or method of entry, moisture does infuse the brake fluid, and this is a bad thing.

Although water in the brake fluid foments corrosion of ferrous components in the brake system, for performance driving [or driving in hilly terrain] the boiling-point suppression is by far the more diabolic villain. When the brakes get hot enough to exceed the boiling point of the brake fluid, gas pockets begin to form in the calipers and brake lines. Remember: gas is compressible. Although you might get a warning in the form of a “spongy” brake pedal, in some cases the driver’s first inkling that something is wrong is that the brake pedal goes to the floor! Then, assuming you don’t crash in the interim, after the brakes cool and the gasses condense back into liquid, the brake pedal is magically restored – until the next time the brakes get hot…………

Obviously, the only way to keep your brake fluid at or near its rated boiling point is to flush out frequently the old fluid and replace it with new, quality fluid from a sealed container.

So there you have the difference: Brake bleeding is intended to remove entrained air from the brake system while brake fluid flushing is intended to replace contaminated fluid with new fluid. In many cases, such as the replacement of a caliper or brake hose, the brake bleeding procedure only involves expelling a few CCs of fluid from one caliper – just enough to get the air out. Proper fluid flushing, on the other hand, will require putting at least a liter of new fluid through the system; and of course opening up all the bleeder screws. So, as part of your driver-school-car-prep regimen or normal brake maintenance, you need to flush out the brake fluid,not merely “bleed the brakes”. Some shops, if you bring in the car and ask them to “bleed the brakes”, will do just that: bleed the brakes. The fact that you are not getting a fluid flush won’t be their fault, either.

If you have a shop do your brake fluid flushing, I recommend that you bring the brake fluid of your choice in an unopened 1-liter container and tell them you want the entire contents put through the system. A labor charge of 45 minutes to an hour is appropriate.

What methods are available for flushing fluid and bleeding brakes? I’m glad you asked. More on this next time!

By Vic Lucariello, Sr Last time we talked about brake-system bleeding and brake-fluid flushing and the purpose of each. Bleeding is intended to remove any air or other gas bubbles from the hydraulic system, while flushing is done to replace old, contaminated brake fluid with fresh new fluid. Of course, a good flush will tend […]

A detailed discussion about brake fluid deterioration over time and the differences between brake fluid flushing and brake bleeding.

A great tech tip from bimmerphile Carl Francolini on iDrive and some thoughts on battery maintainers.

Testing the glovebox light assembly in an e36.

Follow-up to recent Philes Forums articles, “That Ain’t What It’s For” [Spring 2018] on the OBDII port and “Coolant Schmoolant” [Summer 2018] with coolant replacement instructions.

Use of the diagnostic connectors.

Vic discusses some of the minor issues encountered by driver-school padrone Jeff White — including torque specs and spark plug installation — when he replaced the valve cover on his E39 touring.

How to avoid causing your “Check Engine” light to come on simply by doing an oil and filter change.

Vic discusses the common issues that can cause a ‘Check Engine’ light (or Malfunction Indicator Lamp) to occur and offers a simple solution to address a misfiring cylinder.

Vic shares several valuable tips for changing the timing belt on the E30 with an M20 six-cylinder engine.